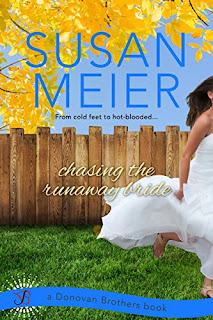 When Marine-turned-rancher, Cade Donovan, inherits his grandfather’s grocery store, he has no choice except to return home. A couple problems with that:

2) For some reason, his grandfather added an unexpected detail to the will – Cade has to share ownership with Piper O’Riley.

The O’Rileys and the Donovans have been at each other’s throats ever since Cade’s grandfather won the store in a poker game. And now Cade has to share his inheritance with the enemy? The gorgeous, tempting, all-grown-up enemy...

After ditching two fiancés at the altar, Piper’s earned a reputation as the town’s runaway bride. Ironically, Piper is woefully inexperienced with men. Her attraction to Cade and working side-by-side with him is torture. By day, it’s non-stop-bickering, but at night, she can’t stop imagining all the delicious things Cade could teach her.

With the family grudge and the secret of why Cade really left town between them, there’s no way they could ever be together. Right?

Once Upon A Wedding by 11 Authors #99cents @writerjamiebeck 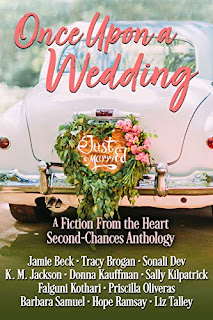 Eleven best-selling and award-winning authors request your presence as they share all-new novellas that will have you humming the wedding march and dreaming of champagne toasts. It’s easy to tie the knot with these heartwarming, second chance love stories.

Books in this bundle include:
I Do, Again by Jamie Beck
Weather or Knot by Tracy Brogan
The Runaway Bride by Sonali Dev
Starboard Vow by K.M. Jackson
A Wedding in Swan Harbor by Donna Kauffman
Snowbound in Vegas by Sally Kilpatrick
Star Struck: Take Two by Falguni Kothari
Always Yours by Priscilla Oliveras
Home Sweet Home by Hope Ramsay
Inseparable by Barbara Samuel
A Morning Glory Wedding by Liz Talley

Posted by Donna Fasano at 8:34 AM No comments:

Once In A Lifetime Cowboy by @JenBokal #NewRelease #Kindle 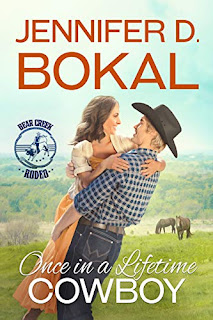 Grayson Edwards has lived a charmed life. First, as a professional bull rider and then, as a broadcaster on the Western Sports Network. His single regret is that he lost contact with his former lover, Camilla Diaz, years before.

Grayson is in Bear Creek to cover the rodeo, but when he sees Camilla and her son—a boy he suspects to be his own—he knows that there’s more for him in than a job. Grayson wants to create a family with Camilla and his son, but when he’s accused of cheating, his career and reputation are left in tatters.

To protect his son, is it best for Grayson to leave Bear Creek, and never come back? Or can he defeat the charges against him—with help from the woman he has always loved?

Posted by Donna Fasano at 8:36 AM No comments: 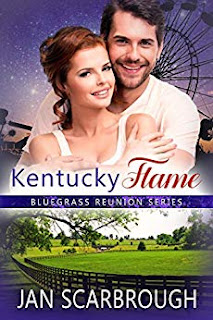 Book 4 of the Bluegrass Series.
Horse trainer Melody O’Shea is returning to Royalty Farm in . Her father has built it into the greatest American Saddlebred show stable in the country, but now he needs her help. Mel’s homecoming is bittersweet because the farm is also home to the secret daughter she gave up for adoption. Her pride had kept her from telling the father about the child. She never expected he’d come back as well. Popular American Saddlebred horse trainer Jake Hendricks has come to take charge of Royalty Farm, but when the main barn goes up in flames, Jake finds the farm is in more trouble than he expected. He’s always been married to his work, but with the return of the one woman he never stopped loving, his heart could be in trouble, too. As they prepare for the World's Champion Horse Show, Mel grapples with the mistakes of her past. She’s fallen off a lot of horses in her life. The trick is to get back on and try again. Does she have the courage to try again with Jake? But as the danger escalates, Mel and Jake must work together to discover who’s threatening Mel’s life and the safety of their daughter. Is there enough of an ember in the ashes of their past to reignite the flames of love?
Find this New Release:
Kindle Books
Nook Books
Kobo Books
Apple Books
Available at regular price in Paperback
The books in the Bluegrass Reunion Series are stand-alone,
contemporary romance novels with no cliff hangers:
Woman, Book 1
Blue Bloods, Book 2
Bride, Heart, Book 3
Kentucky Flame, Book 4
Kentucky Groom, Book 5
Kentucky Cowboy, Book 6
Kentucky Rain, Book 7
Posted by Donna Fasano at 12:06 PM No comments: 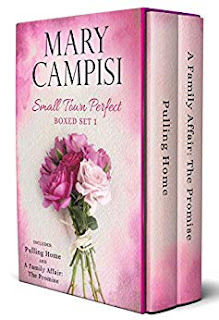 She'll risk anything to save her child...even the truth.

It's taken nine years and a cross-country move, but Audra Valentine Wheyton has kept her secrets safe. She's created the perfect life: a husband who loves her, a daughter she adores, and a position as head writer for an award-winning daytime soap. When her husband dies suddenly, Audra returns to her hometown for the funeral and faces a community that has not forgotten her meager beginnings and the man who has never forgiven her for marrying his brother.

Jack Wheyton is a successful pediatric neurosurgeon who is about to become engaged when Audra walks back into his life with her daughter. He forgave his brother long ago for taking something that had been his, something he hadn't even realized he wanted until it was gone. But forgiving Audra is another story...and forgetting her? Near impossible.

When a shattering illness strikes Audra's daughter, she turns to Jack to save her child and risks exposing a secret that will change their lives forever.

A Family Affair: The Promise

There’s a new man in , one badly in need of a second chance…

Grant Richot sprinted through life, a boy wonder with talent, intelligence, confidence, and charm. He never doubted the world awaited him, just as he never doubted the right woman would come into his life—but only when he was ready for her. Anyone before that was simply preparation for the one.

How wrong he was.

Years and a tragedy later, Grant arrives in Maggie Finnegan’s hometown of —broken, uncertain, and searching for that second chance with the woman he cast aside. But Maggie’s no longer naïve and impressionable; she’s a confident, competent widow with a child, who has more at risk than another broken heart…

Bree Kinkaid is dealing with heartache and betrayal the only way she can—denial. Her friends can’t help her, she won’t listen to her parents, and she rejects offerings of support and sympathy from the town as she attempts to hold onto that magical life she wanted. But when a stranger shows up at Bree’s doorstep with information about her husband, she can’t pretend any longer...
Find this Bargain-Priced Boxed Set:
Kindle Worldwide
Nook Store
Apple iBooks
Kobo Store
Bringing you the best romance books available!
Posted by Donna Fasano at 11:21 AM No comments: