Tag Fight for Me by Catherine Charles #NewRelease #Kindle #KindleUnlimited 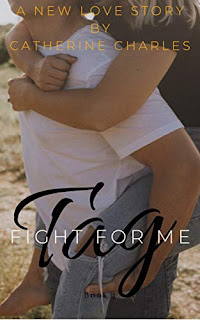 Your favorite characters are back in Book 3 of the exciting Tag series, this time bringing not one, not two, but an additional twelve characters along.

Jackson Ryan and Cora West are eager to prove that miracles do happen, and that the best things in life really are worth fighting for. Come along on an evolution piece that takes you from the mindset of a child to that of an adult. Selfless love has never come across so pure as it does in this book.

“I felt emotionally connected to this book.”

“This series is amazing!”

Look for the other titles in the Tag Series:

Posted by Donna Fasano at 9:33 AM No comments: 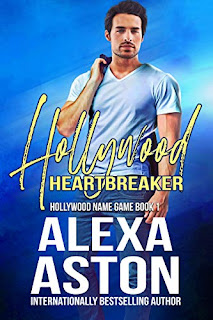 Being late to an interview lands her the biggest job opportunity of her life.

He may be rich and successful--but he's just this side of miserable.

Can a wannabe be The One for the biggest star in Hollywood?

Cassie Carroll came to Hollywood with big dreams that never materialized. Acting isn't even on the back burner anymore--it's completely off the stove. Working for a third-rate agent, Cassie hopes to land a new job that will give her credibility, as well as help pay the rent. Late to her interview, she swerves to avoid hitting a dog--and totals the car of Hollywood's leading action superstar. Surprisingly, she walks away from their encounter with a job--as the sexiest man alive's personal assistant.

Rhett Corrigan is bored with the movies he makes and the drop-dead gorgeous model he's dating. He's afraid that Hollywood has typecast him--and that he'll never be able to break out of his action mold and try new acting challenges. When Cassie Carroll literally slams into his life, she brings a breath of fresh air and common sense to his world. She pushes him to be a better actor and a better man.

Can these friends become lovers--and can their love survive--in a tabloid-happy town that thrives on rumors and backstabbing?

“I would recommend this story... No cheating, no cliffhanger, HEA, romance and a tad of spice.” ~NavyWave62, Amazon Top 1000 Reviewer

Posted by Donna Fasano at 5:23 AM No comments: