New Release ~ Once Upon a Duchy Series 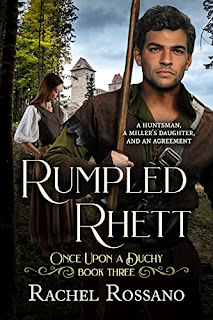 Rhett is a Huntsman, skilled, secretive, and mysterious. A wanted man, he spends his life on the move. His sole retreat is the outskirts of an isolated village in the northern reaches of the duchies. Then one fall, he arrives to find his hovel burned to the ground and the village reeve offering a new arrangement.

Catherine knows her father, the village miller, only cares about what she can bring him. The latest scheme of marrying her to the Huntsman is not the miller’s first attempt to sell her. Cat’s dread wanes when she meets the Huntsman. There is something honorable about him, and he treats her with respect, unlike her father or brother. Perhaps she can escape her father’s influence forever.

Despite his suspicions, Rhett agrees to the deal and frees Cat from her father’s tyranny, at least for a time. But can he protect her when enemies from his past catch up to him?

Look for all the title in the Once Upon a Duchy Series:

Posted by Donna Fasano at 9:22 AM No comments:

The Friend Zone by @DelaneyDiamond #NewRelease

New Release in the Quicksand Series! 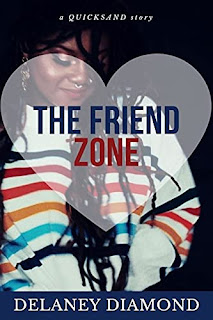 Their friendship is strong. Their attraction is stronger.

For years, English professor Dana Lindstrom has been crushing on her friend, ex-NFL football player Omar Bradford. When another man sparks her interest, she embarks on a new relationship to help her get over those feelings for Omar.

To Omar, Dana is a prize he’s held at arm’s length for years, stifling his long-held feelings for her to preserve their close relationship. When Dana’s new love interest stirs intense jealousy, he’ll risk their friendship to show her once and for all he’s the only man she’ll ever need.

“This book had some suspenseful and dramatic moments that will leave you in awe.

“Great story and loving this series!”

Look for all the titles of the Quicksand Series:

What She Deserves, Bk 5

Posted by Donna Fasano at 8:53 AM No comments: