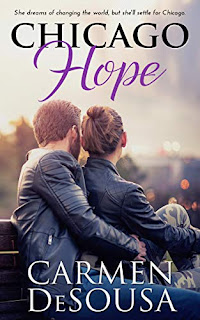 Wanting to build a better life and eventually change the world, she uprooted herself and her eight-year-old son from the Sandhills of North Carolina and planted roots in Chicago, Illinois. After three years of struggling to publish even one hope-filled article, Maura’s dreams begin to crumble and fade, much like her run-down tenement. She works a second job to make ends meet and struggles to balance parenting with work, while her journalistic responsibilities are reduced to correcting typos for her plagiarizing co-workers.

Rick Figueroa seems perfect: he’s handsome, smart, and appreciative of Maura’s vision for their media company. He’s also in a position to share her writing and ideas. Together they launch a Dear Santa project that has the potential to restore hope and Christmas cheer to thousands of children.

But things are not always as they seem. As Maura’s attraction to Rick grows, so do her questions about his identity and his intentions. Soon she is faced with a choice between love, career, and doing the right thing…all before Christmas.

“I absolutely adored this read!”

This book is available as a free read to Kindle Unlimited members.

Try Audible Premium Plus and Get Up to Two Free Audiobooks
Posted by Donna Fasano at 9:33 AM No comments:

Email ThisBlogThis!Share to TwitterShare to FacebookShare to Pinterest
Labels: @Author_Carmen, Carmen DeSousa, Chicago Hope, What are the best romance novels? 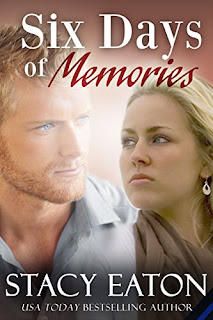 Detective Natasha Foster will put her job on the line to prove her gut feeling is dead on.

When Detective Foster responds to the scene of a crash, she finds the female passenger dead, a bag full of money in the back seat and a body in the trunk. It is only when the driver, whom she nicknames Jay, wakes up with no memory that she must go with her instincts and continue the investigation in a way that was never taught.

Jay finds himself lost, but drawn to the beautiful detective who steps above and beyond the call of duty. His need to know if he was a victim or the criminal pushes him to try and recall what happened and who he is. With the pull of a trigger, Jay’s memory will suddenly return and with it, the terrible truth.

“…strong, well-defined characters, a story within a story that takes the reader on several twists and turns… Stacy Eaton has written a phenomenal suspense romance novel.”

“Stacy S Eaton has once again done a masterful job of creating breathtaking tension between two people who know they shouldn't let their relationship develop.”

Posted by Donna Fasano at 4:43 PM No comments:

Email ThisBlogThis!Share to TwitterShare to FacebookShare to Pinterest
Labels: @StacySEaton, Six Days of Memories, Stacy Eaton, What are the best Romantic Suspense Novels?

He Has Trouble by @StephanieQueen #99cents #SportsRomance 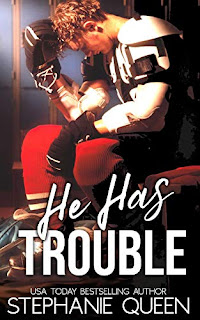 Brady wouldn't have gone home for Christmas if the NHL hadn't suspended him. Wouldn't have seen his father for the first time in three years.

And wouldn't have connected with the girl next door, Angela. His first love.

No way she'd want anything to do with him now. He was disgraced. And she had a boyfriend. Of course.

But Christmas and coming home had a way of making a man take a second look at himself, and face up to things.

He Has Trouble is the introduction to the new Boston Brawlers hockey romance series. Bad Boy, Second Chances, and Sizzling Sex. Satisfying, Happy Ending. This story can be read as a stand-alone.

This book contains sex and language for a mature audience.

“Great book! Can’t wait for the next one!”

“A quick and sinfully seductive story.”

Other titles in the Boston Brawlers Hockey Romance Series:

He Has It All

Posted by Donna Fasano at 6:56 AM No comments: 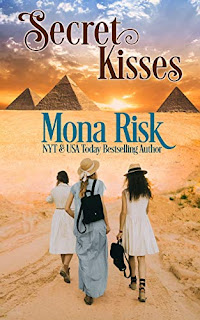 Arranged marriage, secret and forbidden romances, first dates, first kisses, first loves. All of these themes are explored along with life-long friendships and the complicated expectations of family and cultures.

“I grew to care for each of these couples and was eager to see how each romance would reach an HEA.”

This book is a free read for Kindle Unlimited Members.

Look for all the tiles in the Love You, Doc Series
A Complete Family
Love in the ER
Love on the Slopes
Secret Kisses

Posted by Donna Fasano at 10:21 AM No comments: 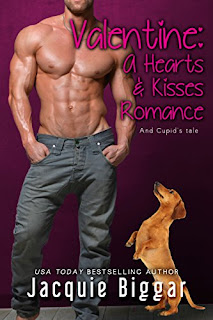 Take two humans who pretend they can't stand each other and one matchmaking canine and the fun is nonstop!

Val Hodgins is on the road to success. His architect firm handles some of the biggest contracts along the western seaboard. He doesn't have time to babysit his aunt's aging house or her pain in the butt dog, but when she falls ill with pneumonia, he drops everything to go to her aid.

Sierra Johnson's dreams of owning a catering company go up in smoke thanks to a bad choice in boyfriends. Now, she's stuck working for a tyrannical boss, care-taking an aging townhouse, and being tormented by the owner's aggravating, caustic, way-too-attractive nephew.

Will these two get over their prejudices in time to realize love comes without a price tag?

“A quick, easy read that gives you that HEA jolt you are looking for.”

“I loved the funny interactions between the characters.”

This book is a free read for Kindle Unlimited Members.

Posted by Donna Fasano at 11:56 AM No comments: