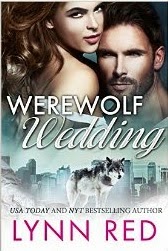 “His voice, Dilly, it was... growly. Like real growly. It got me tingling.”

Life for curvy, witty, just-fine-by-herself-thank-you-very-much Delilah Coltrane has fallen into a slightly boring, but comfortable routine. She runs stadium stairs, drinks a little too much, and is a karaoke master. But for Dilly, a reluctant ice sculptor, the routine is starting to turn into a rut.

Jake Somerset is a man caught between two worlds. When his father died, he inherited both his spot as head of a massively successful tech company... and as the alpha of a pack of rowdy, half-crazed werewolves. Jake figures the best way to say “I’m The Boss” is to get a giant statue made of himself. He walks into Delilah’s studio, and straight into her heart.

The big, growly, adorably cocky billionaire is exactly what Dilly never knew she wanted, until he walked through her door with his dark curls, steely silver eyes, and shoulders broad enough to stop her dead in her tracks. And yeah, his voice is growly enough to get her tingling in all the right places.

While the two indulge in a whirlwind romance, a threat brews on the fringes. Jake’s brother – the exiled alpha-wannabe Dane – wants to take back the pack. Once he finds out about Delilah, Dane won’t stop with controlling the pack... he’s gunning for his brother’s mate.

“Excellent!! Dilly & Jake are a great match. …very well written… awesome plot, fantastic character interaction, great flow and the editing was on point. You will not be disappointed in this one.”

“This is a roller coaster of events that will have you transfixed to the book, like it did me.”