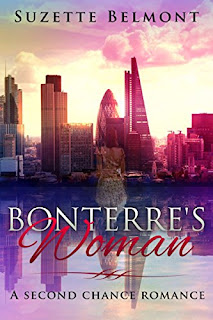 Lost trust is hard to recapture in this second chance contemporary romance where trust means everything. We don't always know what we are missing in our lives until it turns up on our doorstep unannounced and unexpected and gives us a second chance at love.

Martina Sampson was shocked when millionaire playboy, Nicolas Bonterre, tracked her down after several years apart and is back in her life. Nicolas is claiming his young son and heir to the Bonterre empire and wants Martina as part of the package. But having lost her head and heart to him before, and paid the price for his mistrust, she has vowed never to forgive him.

A disarmingly honest and arrogant man, Nicolas admits that the split was of his own making and he is hell bent on getting Martina’s forgiveness. All Martina wants is for him to focus on his son and even agrees to a marriage of convenience. Can Nicolas win back his woman’s heart and make a united home for his son before it’s too late? The sparks are still there, but Nicolas knows it takes more than this fiery attraction to make a life with his former lover. He wants a second chance at love.

“What an amazing read!”

“…an enthralling romantic story [that] keeps you hooked…”

“…the author has such an nice writing style… anyone reading through this will be in for a pleasant, enjoyable time.”