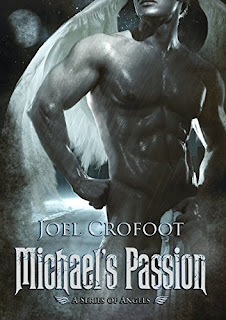 What happens when the line between good and evil blurs?

When the archangel Michael is forced to rely on his estranged brother Gabriel for help after a demon attack goes wrong, Gabriel places him before the throne of God for healing. The father is displeased about some of Michael's behavior as of late and casts them both out of heaven until they pay their penance.

Jahi is a demonic seductress who uses sex to steal people's souls. It’s not exactly her dream job, but it keeps her boss at bay, until a chance meeting with Michael changes her fate forever.

“…a fantastic concept for a story…”

Look for A Series of Angels:
Ramatel's Vow, Book 2