Billionaire's Brother By The Sea by @TraciHallAuthor #Kindle

New Release in the By The Sea Series! 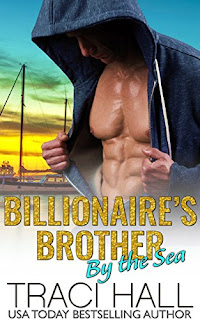 Special Forces Soldier Mark Livingston died in —or so the world thought. When his billionaire brother, Michael, is believed lost at sea, Mark returns from the dead to find out the truth. On his mission, he meets marina owner, and triplet, Madeleine Kohl, who sees beyond his disguise. As the lovers grow closer to unraveling the mystery behind Michael’s disappearance, Mark and Mad find themselves fighting for their lives as well as their love.

Email ThisBlogThis!Share to TwitterShare to FacebookShare to Pinterest
Labels: Billionaire's Brother By The Sea, By The Sea Series, Military Romance, Traci Hall