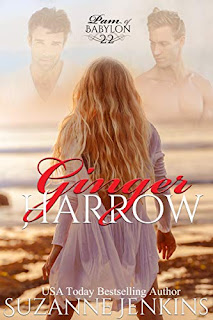 Ten summers ago, a beautiful young girl innocently stepped into a trap set by Jack Smith.

Brent Smith is afraid of girls. But the machismo factor in the Smith household is so powerful, Brent will do whatever it takes to hide his fear from his father.

Then, Brent meets Ginger Harrow. Coveted by Jack, the mesmerizing Ginger starts the wheels in Brent’s head spinning. Maybe he can finally secure his father’s approval.

…until Pam uncovers the truth.

Find this new addition to the Pam of Babylon Series:

This book is available as a free read to Kindle Unlimited members.

Look for all the books in the Pam of Babylon Series