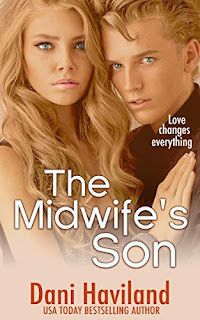 Twenty years ago, the midwife refused her selfish billionaire patient's request to smother the scrawny twin and instead took him home to bring up as her own. Years later, the two young men wind up in each other's lives despite the midwife's efforts to keep them apart. Was this some sort of 'twin thing' that kept pulling them together?

“…the characters are so real; I fell in love with them!”

Look for other titles in the That Twin Thing Series: