Grab this New Release for just 99¢ 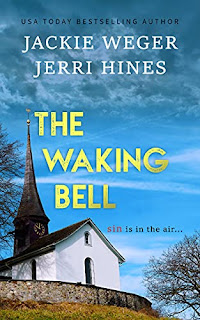 Sin is in the air…

August 1943. The revival has come to the small Appalachian Mountain town Oak Flatt. The gospel is preached, and hymns fill the air, reawakening hope for those crowded beneath the big-flap tent. Cady Blue is there, praying for the soldiers fighting in the war raging overseas, for those less fortunate, and for the bells to cease—bells no one hears but her.

In a town where most consider her a simpleton, Cady Blue has a strange sense of foreboding when secrets threaten the very soul of the town. A missing child. A mysterious death. Clandestine love affairs… Whispers abound, splitting the mountain people and the townsfolk further apart. Cady Blue finds herself torn between the two sides when she discovers an attraction to the town war hero, Matt Pritchard.

Despite assertions that the threat is in the past, Cady Blue realizes that something is still very, very wrong. She can feel a lingering evil that threatens her chance for happiness. And she must uncover the deadly truth before it’s too late.