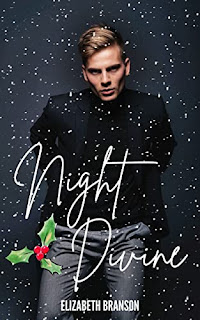 She got into bed with a member of the mob. Now she's having his baby. When her closest childhood friend came to her seeking solace three months ago, Alexis didn't realize he was reeling from his first kill on behalf of one of the city's most notorious crime rings. But now she knows the truth about Kieran. He's at the center of the Irish mob's operations in their neighborhood, a part of the same machine that's tormented their community - and kept it afloat - for decades. And it's too late to keep her distance. Their momentous night together left her pregnant. Now, one week before Christmas, she has no choice but to share her news with the father of her unborn child - though with spilled blood and broken promises between them, she doesn't see how they can ever be a family. He always imagined that she'd be the mother of his children, but now that she knows what kind of man he's become, she'll barely speak to him. He hasn't seen Alexis in months when she shows up with life-altering news: she's having his baby. But even though the passion between them is running as high as it ever has, his dream of starting a family with her has never seemed more unlikely. She doesn't understand the choices he's made and she won't even talk about raising their baby together, as a couple. With just one week before Christmas, when they'll share the news with their families, he has to convince her that the brutal nature of his work won't keep him from being a good husband and father. But when Kieran's dealings with a ruthless scumbag grow violent, Kieran has no choice but to fight back. The first step to winning Alexis is keeping both of them alive.