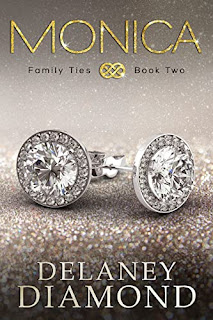 A second chance at love for a wealthy socialite and her bad boy ex.

After having her heart broken nine years ago, Monica Connor has no interest in marriage. She’s busy living her best life and building a following as a social media influencer. When a wealthy businessman contracts her to promote the opening of his new lounge, she’s excited for her most lucrative deal yet. Then she learns she has to work with someone else on the project—Andre Campos, her first love—the owner’s future son-in-law. Andre is engaged to marry the daughter of the man who gave him a chance when no one else would, but seeing Monica causes old feelings to resurface and calls his plans into question. Being with Monica means losing everything he’s worked hard for years to attain. But he can’t stop thinking about her, and soon they surrender to the fiery passion that neither can deny.