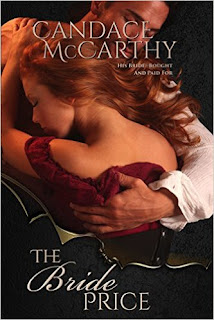 Bridget McGinley accepts Roarke O’Neill’s marriage proposal even though Roarke wants a wife only to manage his large household. She loves Roarke, has loved him since she was a young girl, and Bridget secretly hopes that she will eventually win her husband’s love. But just as she and Roarke are learning to enjoy married life, Bridget learns the terrible truth. Her father had gambled away her dowry then used Roarke’s money to pay the bride price. She is a bride bought and paid for, and Bridget won’t rest until she pays back the money to her husband. She will be no man’s doxy—not even Roarke O’Neill’s.

His wife’s pride may have been wounded, but Roarke isn’t about to allow her to sleep anywhere but in his bed. But he finds that Bridget is a woman whose stubbornness matches her pride.and he will have his hands full as he attempts to woo her the only way he can reach her - in their marriage bed.