Law & Order Plus a Dash of Romance! 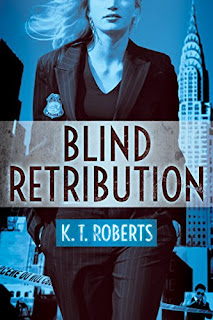 It should have been an open-and-shut case. When a car bomb explodes, taking with it the wife of a prominent heart surgeon, NYPD detective Maxine Turner is sure she has arrested the right suspect—until Cory Rossini, a private investigator, begins muddying the waters. Max already has enough to deal with: her longtime partner is retiring, her latest case is suddenly anything but simple, and she now has a troubling attraction to a man who is proving to be annoyingly persistent.

Having taken on the task of proving his friend’s innocence, Cory isn’t about to drop the ball—no matter how distractingly beautiful he finds the detective assigned to the investigation. When his sleuthing turns up other homicides connected to the cardiology department, including a young woman whose throat has been slit, he convinces Max that they should work together. And as they delve further into the vicious murders, they search for the one lead that will steer them straight to a killer…

“…Law and Order… and a dash of romance. Highly recommended!”

“…will keep you on the edge of your seat trying to figure out who the guilty party is. The ending of this book will tug at your heart.”