Bottom of the Ninth Series, Book 5 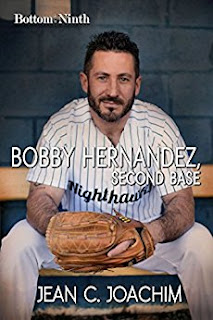 A confrontation, and a hostile interview couldn’t cool the sparks igniting between them. Secrets smoldered. Lies were revealed. Could Bobby stop protecting his heart and take a leap of faith? Would Elena risk everything for him, or sell him down the river to get ahead?

“Would I recommend this book? Yes!”