There is something he isn't telling her. 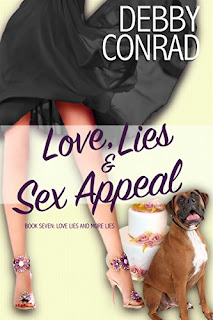 Sheridan McVey has a good life. She has her own business. She's healthy. She has family and friends. There isn't anything else she wants or needs. Until Wyatt Dempsey moves back to town with a shocking offer. He needs a temporary wife, and in return he plans to help her sick niece. But he can have any woman he wants. Why her?

Wyatt doesn't understand why isn't jumping at his offer to be his wife. Almost every woman he's dated practically begged him to propose. And why not? He's rich, and not just rich, but a billionaire to boot. What woman in her right mind would turn down an offer like the one he's just made?

Wyatt has always believed money can buy happiness, but apparently his choice in wives doesn't agree. She's immune to his success, wealth and his bad boy charm while he hasn't been able to get her out of his mind for the last seventeen years. He was her first lover. Isn't there a saying that you never get over your first love? Apparently doesn't believe in romance. Does that make him crazy for wanting her even more? Probably.

However, when her niece suffers a setback, finally gives in and agrees to marry Wyatt so he can help her. But when she finds out the reason he needs a wife, she is furious. She did not agree to being manipulated like that. However, he did promise to end the marriage after one year. Surely she can put up with him for that long.

But when the time comes to end things, is really going to be able to let go of the sexiest man she's ever known? Because even if he is a liar, he somehow manages to capture her heart and now he just may shatter it. Again.