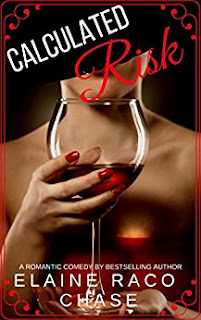 “Lady, I want you to stop seducing my son! Hell, what are you, thirty-two, thirty-four, Rob is seventeen...there's room for a whole other person!”

Thus in one of Nashville's poshest restaurants began a stream of threats against Stephanie Brandt along with a heavy hand 'mangling' her shoulder, followed by a bill shoved into the middle of her quiche by a big man wearing work boots, denim and a T-shirt with an obscene foreign word printed on it.

Until Quintin Ward stormed into her life with his threats and accusations, Stevie had not known his son Rob even existed, let alone was her mail room clerk.

When she's finally able to convince Quintin that she has no designs on his son, they embark on a campaign to squelch Rob's amorous ideas and fantasy love-life with his boss. But their very calculated risk backfires!