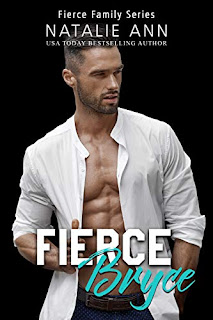 Bryce Fierce seems to have everything a woman wants. Brains—he’s a certified genius after all—good looks, a successful career, and a family name many wanted to lay claim to. But what he really wanted was someone who was interested in him and not what he could offer. So he came up with a type and that is what he was going after...too bad for someone who was always right, he found out how wrong he really was.

Payton Davies was the girl many envied from a distance. Blonde hair, blue eyes, a killer body. Men wanted her on their arm for show. Even her parents told her to use what God gave her to get ahead in life because her intelligence—or lack of it—wasn’t benefiting her. What she wanted though was someone to be there for her. To appreciate her for who she was inside, not what she looked like, or judge her on any inadequacy she possessed.

“Payton and Bryce are so cute together and good for each other but each of them hold back for one reason or other.”