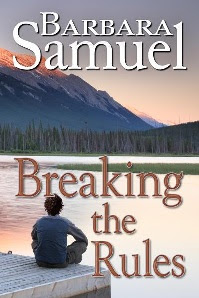 Mattie O’Neal is on the run. She's chopped off her hair, stolen a car, changed her name, and is hiding in a tiny Arizona town, slinging hash. She thought she was safe – until Zeke Shephard walked through the door.

Rugged, hard-edged Zeke doesn't get involved - but there's something about Mattie's courage that catches his sympathy. When the thugs who want to silence Mattie forever show up, Zeke steps in and takes her to his own private hide away, where the two must decide if the link between them is worth fighting for...and if they can stay alive long enough to explore it.

"I read this book at one sitting and then immediately began to read it again. I have seldom felt such love and empathy for two characters as I did for Zeke and Mattie." ~Ellen Micheletti

"This is one of my favorite reads; the main characters are vulnerable individuals who touch your heart with their personal struggles."