Let The Winds of Betrayal Saga Sweep You Away!
Book 4, New Release! 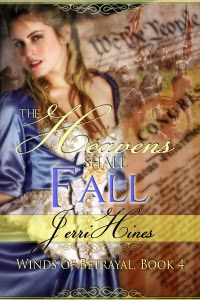 The world of spies and traitors-love and betrayal converge on the path to the ultimate betrayal--the treachery of the American's most infamous turncoat, General Benedict Arnold!

The cry for Freedom is at its darkest hour!

After the devastating loss at , the British respond with a vengeance, aiming at taking a strategic hold on the South. In , the American spy network is in turmoil, leaving Rupert Arnett to pick up the pieces. Never has it been more dangerous, but never has the stakes been higher.

Under siege by the RedCoats, Charles Town collapses, giving the Americans their most humiliating and worse defeat of the war. When Dr. Jonathan Corbett is taken prisoner, Rebekah faces her greatest personal challenge...for the only way to save her husband's life is to betray his trust. She turns to the one man Jonathan despises the most, General Marcus Durham.

On the return of Major John Andre to , Rupert recognizes something is amiss. The British intelligence seems to know 's every move. Pressure mounts on him to discover what the British have planned. Amid untold dangers, Rupert turns to his one operative that can uncover the truth.

Now, time is of the essence. The crucial hour of the revolution is upon the Americans. There is a traitor in their midst. Can the network determine who the traitor is before all is lost? At what cost? Who one will pay the ultimate price for the cry of freedom?

What readers are saying about this fantastic series:

"I absolutely loved these books. So glad I found this author."

"This was a great series which kept me reading until I read them all and was looking for more to come from the author!"

"This story should resonate with history buffs who also love romance, intrigue and suspense. I recommend the reading of this saga. It was entertaining and educational."

Find The Heavens Shall Fall:

Find Books 1, 2, and 3 in The Winds of Betrayal Boxed Set for Kindle and Nook!