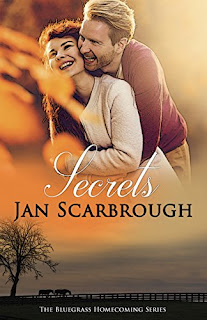 Schoolteacher Kelly Baron raised her child alone. Now that her daughter’s grown and married, Kelly can finally start her new life in , responsible only for herself. She has just one more thing to do: help her mother. To do so, she must return to , the place she’d fled years before. Back then she’d been nothing but a small-town girl from the wrong side of the tracks, hiding a secret that could have destroyed lives.

Newly divorced lawyer Rob Scott seeks solace for his heartache in his small-town roots. Maybe being an incurable romantic isn’t smart for a lawyer who has to deal with hard facts. The last thing he’s looking for is a relationship. He’d made millions in , but in his heart he’s always kept a secret dream, a desire he’s never told anyone. Then he runs into Kelly, the girl who’d disappeared from his life years ago, leaving behind only hurt and unanswered questions.

Kelly’s kept her secret all these years. But sometimes the only way to build a future is to face the past.

“…engaging… sweet romance speaks to those who fear, those who hide truths and those who have lost hope and yet somehow hope to find it.” ~Kindle Reader

Look for the other title in the Bluegrass Homecoming Series:
Prequel, BluegrassHomecoming (just $0.99!)