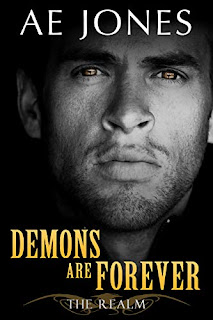 Sergei Chesnokov is one lost demon. Born an anomaly—a demon without powers—he has alienated himself from his family, traveling the world as a photographer, observing life from behind his camera lens.

Summoned to the demon realm by his grandmother, Sergei must face a family he hasn’t seen in years. He also meets Lela, whose energy is so strong that others siphon it from her to boost their powers, leaving her sick and vulnerable. Sergei is the only demon she’s met who can’t hurt her. Feeling safe for the first time in her life, Lela accepts his friendship.

However Sergei quickly realizes friendship is not enough. And he’s finally found a purpose—protecting Lela from those who would harm her. But what happens when he might be part of the problem…since he’s not as powerless as he first thought. Can he walk away from her to keep her safe?

Demons Are Forever is the third book in the Mind Sweeper spin off series. If you like romance with a side order of mystery and a dash of humorous hijinks, then you’ll love this series by Golden Heart® winner and RITA® finalist AE Jones.

“Oh my goodness ...third brother just as fascinating as the first two.”

“…a great read. I couldn’t put it down and finished it in one sitting.”

“I really enjoyed this book and the whole series. The emotions are palpable. …well done!”