Grab these deals before they’re gone! 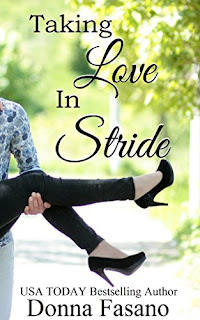 Track coach Andrea O'Connor fumes at the audacity of Ian Powers, the almost-too-attractive father of one of her students. He offers to buy school equipment, but only if Andrea agrees to train him for a half-marathon.
She’ll train him, all right—and not just in running. As a
widower with a high-powered job, Ian needs some instruction in being a father to an active teenage daughter. Yet as this overbearing man opens up, Andrea finds herself learning a few lessons herself.
Ian knows that Andrea, with her sassy attitude and her
penchant for stilettos, is some woman! But her vulnerable heart is on the run, so he'll have to prove that his love, unlike his running, has limitless endurance—and once he catches this swift beauty, he'll never let her go. 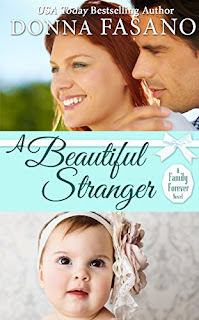 When Sean Hudson arrives to claim his new daughter, he discovers the adoption hinges on the impossible. Unless he finds a wife immediately, the tiny orphan will be snatched away from him forever. But before Sean can abandon hope, a beautiful stranger proposes a surprising solution—marriage.
Sean swears the love in his heart is only for his soon-to-be daughter. And that is perfect for Nicki Willis, whose restless spirit yearns to have a family for just a while. But the tenderness of Sean’s touch soothes Nicki’s fears as well as little Sona’s. Now Nicki aches to become a family forever… and she refuses to believe she can’t make this dream come true.

A Beautiful stranger is 99¢ for Kindle readers.

Email ThisBlogThis!Share to TwitterShare to FacebookShare to Pinterest
Labels: A Beautiful Stranger, Taking Love In Stride