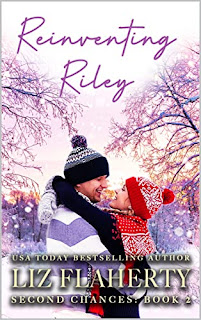 He's afraid a second time at love wouldn't live up to his first. She's afraid a second round would be exactly like her first. Pastor Jake McAlister and businesswoman Riley Winters are in their forties and widowed. Neither is interested in a relationship. They both love Fallen Soldier, the small Pennsylvania town where they met, even though Rye plans to move to Chicago, and Jake sees a change in pastorates not too far down the road. Enjoying a few-weeks friendship is something they both look forward to.  However, there is an indisputable attraction between the green-eyed pastor and the woman with a shining sweep of chestnut hair. Then there’s the Culp, an old downtown building that calls unrelentingly to Rye’s entrepreneurial soul. And when a young man named Griff visits Jake, life changes in the blink of a dark green eye.

Click for more information on the Kindle Unlimited Program.

As an Amazon Associate, Awesome Romance Blog earns a few pennies from qualifying purchases. This post may contain paid links.