The Double by @AlisonBrodie2 #Kindle #NewRelease 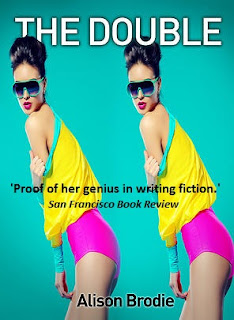 “They want a rock star? Well, that’s exactly what they’re going to get!”

When Beth’s kidnappers refuse to accept that she’s not the rock star they think she is, Beth rises to the challenge. They can’t speak English, which is fine, because she can’t sing. But this adventure is not about what you can’t do; it’s about being who people want you to be.

So, thinking she’s stumbled into an adventure game for the mega rich, Beth becomes American rock goddess, Sonita. She gives an interview to a French magazine, raises one million dollars for a kids’ charity, orders her yacht to be swung around so she can watch the sunset from her sun lounger, dresses in haute couture and diamonds, and tries not to fall in love with her kidnapper.

Beth transforms from hospital cleaner to outrageous diva. And it’s glorious. Until she discovers Sonita’s secret. The rock star went into hiding to escape a killer.

Now that killer is coming after Beth.

A love story set against the backdrop of a luxury yacht on the Côte d'Azur, a civil war in the Eastern Bloc, and a Glasgow housing estate.

“This story of love and survival… has loads of humor, suspense, and romance. Wildly imaginative… takes you on a fast-paced, glamorous adventure.” ~An Amazon Kindle Reader

Email ThisBlogThis!Share to TwitterShare to FacebookShare to Pinterest
Labels: Alison Brodie, Books about Glasgow, Books about the Eastern Bloc, Books located in Cote d'Azur, The Double