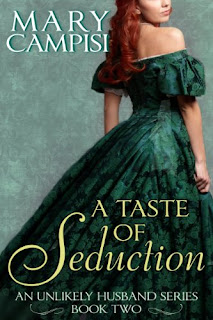 A young woman of noble blood, raised as a peasant girl…

An orphaned stable boy, now grown and the surrogate son of a powerful earl—the same earl who just so happens to be the young woman’s father…

Francie Jordan and Alexander Bishop have nothing in common—she runs barefoot and talks to animals. He won’t loosen his cravat unless the bedroom door is firmly closed. She believes in love, second chances, and happily ever after. He believes in keeping a safe distance from anything that resembles an emotion. Indeed, they have nothing in common but an undeniable desire for one another they can’t ignore, and an ailing “father” who will employ any means to bring them together.

Unfortunately, not everyone wishes to see a union between Francie and Alexander, and they will stop at nothing to keep this couple apart.

“With enough scandal and secret plots to rival a daytime TV special and a pair of leading characters that are among the best I've read in a while, this is definitely a story not to be missed!” ~Bridget, The Romance Reviews