A Regency Romance
Book 3, Age of Innocence Series ~ On sale for 99¢ 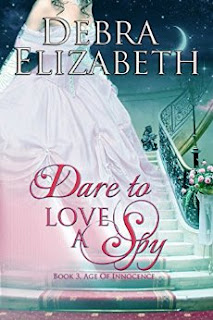 Miss Hannah Richardson is enjoying a Season in. She's not looking for a husband, at least not this Season. She wants to enjoy herself before settling down to married life. All that changes, however, when she sees the Duke of Wetherby. He's tall, dark and impossibly handsome and someone Hannah wants to get to know better.