No Easy Way Out by @ElaineRaco Chase FREE for #Kindle 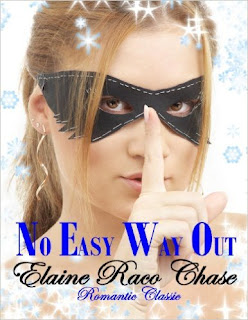 He was determined to find the curvy derrière that fit the tail of the sexy Halloween Bunny!

Engineering robots, and all non-living creatures, was easy for - not so much with people. So when her best friend dragged her to the company Halloween party, Virginia went kicking and screaming...well as much as her Playboy bunny costume allowed for any movement.

Dr. Alex Braddock was determined to find the curvy bottom that fit the tail. He was stunned when it appeared that his new boss, Dr. Farrell was his sexy rabbit.

“I loved this book! Brilliant!”