~You'll Tell Your Friends About This Book~ 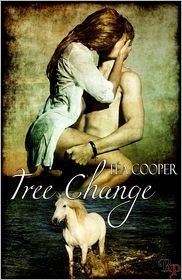 Forced to choose between the world she wants and the man she loves, Cassia opts for fame and fortune. But it's not enough—one taste and she's hooked again...

Despite her success in the Sydney art world, Cassia yearns for the idyllic life she once lead with Jake in their shack over looking the Pacific Ocean. Seeking closure she falls, like an addict, straight back into his arms, and out again equally quickly. Not only has he taken up with his brother's wife, but it seems they have a child.

Truth is, Jake's living a lie, sworn to secrecy, and hamstrung by the debt he owes his estranged family. But one glimpse of Cassia and he knows he cannot live without her. Her fey, artistic character and magical body possess his imagination and his heart. Can he convince her to trust him long enough to save the crumbling remains of their relationship?

"I'm a sucker for a second chance romance and this one doesn't fail to deliver. The description of the seaside retreat makes me want to pack up my bags and head for the coast. I particularly like Cassia's artwork and wish I had some for myself. I won't tell you what makes it so special or it will spoil the surprise. Read it for yourself and find out."

"Strong characterization, great conflicts and characters I really liked! The descriptions are so vivid I really felt like I've been to The Shack. Lovely scenery!"

"From the first chapter of Tree Change, I cared. I cared about the characters and what had happened and what would happen to them. A riveting mix of romance and drama this debut novel by Tea Cooper is set in Sydney and the north coast."