Available as an E-book for the first time...
At a Bargain Price! 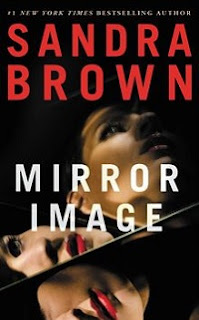 The crash of a Dallas-bound jet wasn't just a tragedy to TV reporter Avery Daniels; it was an act of fate that handed her a golden opportunity to further her career. Mistaken for a glamorous, selfish woman named Carole Rutledge, the badly injured Avery would find that plastic surgery had given her Carole's face, the famous senatorial candidate Tate Rutledge for a husband, and a powerful Texas dynasty for in-laws. And as she lay helpless in the hospital, she would make a shattering discovery: Someone close to Tate planned to assassinate him. Now, to save Tate's life, Avery must live another woman's life -- and risk her own...

"Sandra Brown is a master at weaving a story of suspense into a tight web that catches and holds the reader from the first page to the last." ~Library Journal

"A masterful storyteller, carefully crafting tales that keep readers on the edge of their seats." ~USA Today