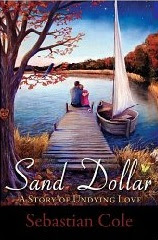 Noah Hartman, eighty years old, lies in a hospital bed recounting his life of love and loss. His loved ones arrive to listen, and we're transported back in time to Noah's younger years.

Though outwardly seeming to have it all, Noah, at thirty-five, is actually an empty, lost, and broken man running on automatic pilot. He has no true identity of his own, lured in by the reward of great wealth and the illusion of running the family business empire some day. In truth, Noah is living a life that was not meant for him.

Enter Robin, twenty-five years old, who -- in direct contrast to Noah -- is a vivacious, free spirit. Full of life and always living in the moment, Robin's love saves Noah. But like a passing breeze, she disappears without a trace.

Years pass, and Noah can't get her out of his mind or out of his heart. Then he discovers her hidden secret, an underlying condition responsible for her having left. Noah has no choice but to move on with his life and he meets Sarah.

On Noah and Sarah's wedding day, Robin discovers the clue that Noah had surreptitiously sent her, inspiring her to race to the wedding to try to stop it. With the wedding in shambles, the scene jumps back to present day, with both Robin and Sarah sitting in Noah's hospital room. But which one did he choose?

Things are definitely not as they appear as Noah discovers a far greater truth about his past, present, and future. As Noah finishes the telling of his story, the pieces of a shattered love are put back together in the remarkable final chapter of his life.

"So to the hopeless romantics out there I say, Highly Recommended - have at it, this is a must-read. To the snarling cynics like me who mentally have their arms akimbo and their eyebrow raised, I say pick up Sand Dollar: A Story of Undying Love and surprise yourself by discovering the romantic in you." -- BookIdeas.com


"Sand Dollar, a fantasy romance by Sebastian Cole, lives up to its subtitle, A Story of Undying Love... bookreview.com considers Sand Dollar an excellent romance novel and looks forward to reading more from Sebastian Cole." -- BookReview.com
Find this bargain book:
In the US Kindle Store        In the UK Kindle Store