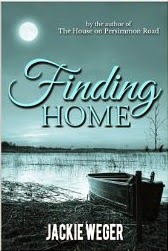 Twenty-four year old Phoebe Hawley is on a quest to find her family a home. On the road with two siblings, twelve year-old Maydean and five year-old Willie-Boy, Phoebe is out of money, out of gas and out of patience. Now the only things she owns in abundance are Hawley backbone and Hawley pride--neither of which she can trade for food or gas.

A collision with Gage Morgan puts Phoebe's mission in even worse jeopardy--until Phoebe discovers Gage Morgan owns the perfect place for the Hawley clan. But! Gage Morgan has a bruised ego, a tight fist on his land and an iron fist on his heart and is the unlikeliest man in the universe to succumb to her schemes. Phoebe wields all of the pride, backbone and country smarts she owns to claim his home, plow his land and pilfer his heart. Nothing works. With time running against her family, she plies one last inducement—her scarce feminine wiles…Will it be enough?

“…one of the best!! Very original and had me hooked pretty quick!”

*Quoted sale price available in US Kindle Store only.

Email ThisBlogThis!Share to TwitterShare to FacebookShare to Pinterest
Labels: eNovel Authors At Work, Jackie Weger, Lies and Betrayal, No Perfect Secret, Why do men lie?, Why do women lie?