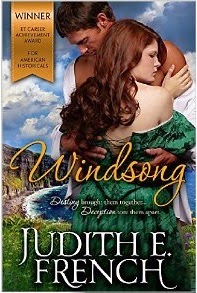 In 1743, Rory Desmond, an infamous Irish rebel, flees the hangman's rope to the Maryland Colony to become a tobacco planter. Years later, a respectable widower with a child, he returns secretly to to wed an heiress he has never laid eyes on. Mourning his dead wife, Rory has agreed to this marriage of convenience arranged by the girl's father. But the bride has other ideas. Aided by her devout mother, she defies her absent father by running away to enter a convent, leaving in her place her penniless, illegitimate half-sister Linna O'Neill.

Both girls are close in age; both bear the same name and share a likeness. Seeing her one chance to escape a life of drudgery and hunger by marrying Rory, Linna assumes her half-sister's identity. The wedding plans are interrupted when a traitor reveals Rory's whereabouts. Friendly allies warn him in time to make a desperate escape with Linna across the to .

Neither Rory nor Linna expect love from this match, but passion flares between them, and Linna's joy is haunted by the lie. When Rory learns the truth, the marriage shatters. He returns the dowry and enlists as a scout for the English and Colonial soldiers in their battle against the French and Indians. When Rory's troops are massacred and word comes that he is dead, Linna refuses to believe he is lost. She leaves her infant child to journey into the savage wilderness to bring her beloved husband home.

"Judith French's admiration for the brave early settlers of adds infinite sparkle to this adventurous love story. Windsong secures French's place as one of the best loved writers of colonial romances. Sensual." ~ROMANTIC TIMES
"A very special love story, the stuff of which dreams are made." ~AFFAIRE de COEUR