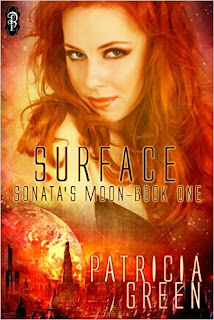 The year is 2145, and a terrible war plagues the North American Union. It's a time when "free love" has cycled back, touching the social mores and habits of people everywhere. But Sonata McLir has held herself apart for much longer than the norm. The time for her to jump into the desperate parties and hurried relationships is only beginning. She's begun a love affair but stubbornly refuses to see it's not right for her.

Mikhail Andropov is a psychology professor with a knack for listening to people and caring. Upon meeting Sonata, he is very attracted to her, but she's in a relationship with his best friend. It's a destructive relationship, but he doesn't know how to tell her or that she's ready to hear it. He formulates a plan he hopes will be enough to teach her she's not a jaded man's plaything; she has much more to offer.

The war escalates. Along with close friends, they've built an amazing shelter underground in the countryside not far from Los Angeles. The tricky part is getting there in case the ultimate cataclysm happens and the nuclear bombs drop nearby. Sonata and Mikhail, and a group of their friends, struggle with the dilemma as well as their incendiary interpersonal bonds in Sonata's Moon, Book One: Surface.