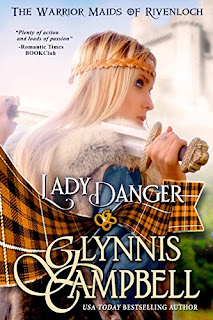 Born to the blade and raised to fear no one, Deirdre of Rivenloch never shies away from a fight and never turns her back on a threat to her land or her family. But she’s never met a man like Sir Pagan Cameliard, the bold and powerful knight who comes at the king’s command to make a marriage alliance with Rivenloch. To save her younger sister, Deirdre tricks Pagan into marrying her instead, and now she faces a new kind of enemy who crosses swords with her by day and lays siege to her heart by night.