A Brand New YA Dystopian Serial! 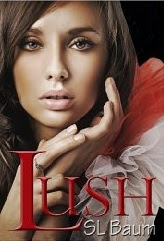 Bluebell has spent the last twelve years of her life at Training Tech, the government-run boarding school all children are required to attend. Now that she's seventeen she is fully prepared for Incorporation; a time when females and males are allowed to mingle again, for the first time since they were toddlers. It is also the day she must endure Citizen Branding - the mandatory searing of a mark into the flesh of the left wrist of all new Citizens. O for fertile, X for infertile. The fate of every Citizen, male or female, is determined by the results.

Bluebell knows that a Citizen’s duty is to live for the glory of Concord, just as she was taught. But the frantic dreams and hazy memories that haunt her make her different, and the questions she cannot deny threaten to turn her world upside down.

Disclaimer: LUSH is not just a Series - it's more like a Serialized Television Show. As the beginning novel, it sets you up in the LUSH world and asks a lot of questions; many that are not immediately answered. Think of it like LOST or The Vampire Diaries or Heroes... and not so much like E.R. or Fringe or House. The follow-up novel is due October 2013... where the story continues.

"…kept me engaged from the moment I read the first chapter. Lush is the first in a series of books and it does end on a cliffhanger. I can't wait for the next book in this series. The world and society that S.L. Baum has created is unique and fascinating."

"I really liked this new series! It was not complicated but drew you in to the world of Bluebell and her friends. I was intrigued by the cliffhanger and can't wait to see what happens next is Hush."