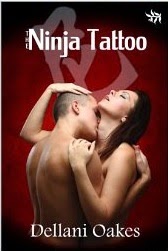 Teague McMurtry spent the last six years of his life in the Army. Finally having enough of killing, he comes home, thinking he's put the nightmare behind him. When he meets beautiful and sultry Vivica Rambo, he thinks his life is taking a turn for the better.

Little does Teague know that he's been targeted for death by a violent biker gang led by Vivica's psychotic older brother. Now Teague must put his skills to the test to protect himself and the woman he loves.

“ ought to take notes and start making movies based on these sorts of books. It would save a lot of couples arguments about what to watch on movie night LOL! This book has the realistic male characters that guys love, along with all the girly romance stuff women love.”

“Her main character Teague leaves you breathless and wishing more romance books came complete with such realistic male characters. Though Ms. Oakes should put warnings on her books, cold shower might be needed during the reading of this novel. Highly Recommended.”