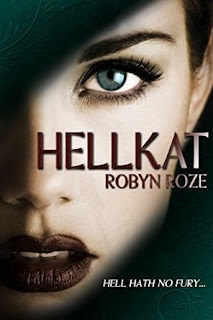 Money can bury a lot of secrets—until it can’t…


Kat James works hard. She used to play hard too. Now she’s reaping the rewards of her career and entrepreneurial ambitions as part owner in a successful New York company. Kat knows how to be a partner in business, but that skill hasn’t translated to her personal life. Men and relationships have always disappointed her. Not that it matters, because she doesn’t believe a woman can have it all, not without giving up her independence and identity; something Kat James will not do. If there is such a thing as having it all, then it’s going to be on Kat’s terms.

If there’s a man out there who can deal with that, she hasn’t met him yet.

Enter Tucker Williams. A cowboy who knows all too well about life’s ups and downs. He’s learned the hard way that control is illusory. So he meets whatever happens head-on, confronts it without flinching. Because he knows that’s his only chance of having control over anything, no matter how brief.

When his eyes set on Kat James, he glimpses a woman who believes she’s in control. A woman who feels like a force of nature. A woman who should be wild and free.

A woman who has forgotten how to be either …

When dangerous family secrets surface, Kat will confront the people who’ve irrevocably changed her life. But in the end, she and Tucker will battle a union of madness they could not have seen coming.

Family is supposed to watch your back, but sometimes they stab you in it instead.

What readers are saying about Robyn Roze:

“A must read!!!This book was beautiful and heart breaking all at once. I cried and laughed.  …a great Trilogy by Robyn Roze. I can’t wait for more books by this Author.” ~an Amazon review of Find Her Free Her, Keeper Series, Bk 3

“[Robyn Roze] writes character driven and beautifully thought out stories. If you are a Colleen Hoover fan you need to read Robyn's books!” ~an Amazon review of Keeper, Keeper Series, Bk 1