No Easy Way Out by @ElaineRaco 99¢ #Kindle #Nook and More! 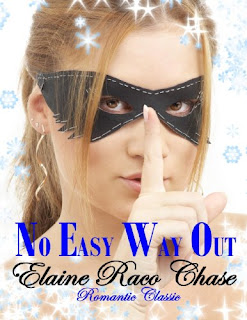 Engineering robots, and all non-living creatures, was easy for – not so much with people. So when her best friend dragged her to the company Halloween party, Virginia went kicking and screaming…well as much as her Playboy bunny costume allowed for any movement.