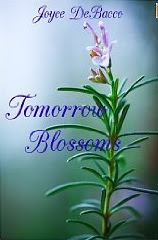 Look what we found! A Kindle Romance for under $3!

When Kate’s husband, Ward, locates the son she put up for adoption as an unwed teen, she’s understandably wary. What if he looks like his father instead of Ward?

The boy, now a man, is also wary. Who are these people who suddenly want him to be a part of their lives? Where were they when he was growing up, when he needed to feel a part of something bigger? After meeting each other, everyone’s fears dissipate.

When Ward passes away unexpectedly, Kate is devastated but thankful he never knew the truth. Facing the rest of her life alone, she returns to work in the company he founded. She’s still coming to grips with life as a single when she learns her son was adopted into the family of Jesse, the boy who turned her away as a pregnant teen.
Posted by Donna Fasano at 7:00 AM