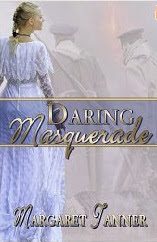 By the time Ross Calvert discovers Harry Martin is in fact Harriet Martin she has fallen in love with him. Realizing she has failed in her final effort to protect her shell-shocked brother, she puts a desperate proposition to Ross. Marry her and she will give him an heir.

Ross accepts. However, he is tormented by the betrayal of his former fiancée Virginia. On his honeymoon he meets her again and is still infatuated. With the army recalling him to the trenches of France, he faces a terrible dilemma. Taste Virginia’s passion before he marches off to war, or keep his marriage vows to Harry.

"Margaret Tanner writes awe inspiring descriptions of Australia’s landscapes along with horrifyingly realistic descriptions of the carnage and misery in Europe during World War I that take the reader on an emotional journey that makes her feel as if she is right there in the moment. Ms. Tanner also creates some breathtaking love scenes far from “Edwardian morality and war” that are “pure magic”. These scenes accentuate the emergence of a soul mate, consuming love that gives super strength and courage during the somber, troubled times in which Harriet and Ross carve out a life for themselves.

The antagonists are so vividly portrayed the reader can almost feel the meanness in them—no redeeming qualities--just evil use of social position and power to aggrandize themselves and subjugate others."