One Way or Another by Elaine Raco Chase 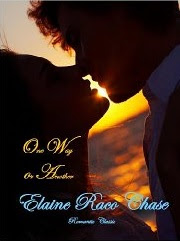 A note from the author:

One Way or Another was the original title of my second novel, Tender Yearnings, #19 in the Dell Ecstasy Romance line published in 1981. It went into a record second printing after just one month!

I actually wrote the novel because I was told not to – that romance readers didn't want books where the heroine had a family, especially when they appeared in the same novel. How silly! So Abigail Wetherby was born, along with her mother and sister. Not only that, but my hero, Nick Maxwell came equipped with a father who fell in love with Abby's mom.

When I wrote this story, credit cards were just beginning to grow, the economy was still in trouble, gas cost a fortune, and computers were run by punch cards. I even mentioned the latest craze: having a home computer that printed on green and white paper! (I resisted getting a computer until 1988!)

I hope you will fall in love with this 'contemporary classic' and enjoy a time-capsule of the way we were.

Meet Abby, computer killer and prickly proprietress of the Cove Bookshop in Camden Cove, Virginia. She's a woman with many secrets, a mother and sister she fiercely protects, and a secluded, quiet life that has become a bit boring.

Enter Nick Maxwell, a man determined to bring Abby to her knees and into his arms – but he had more than a few secrets of his own.

"Yet another entrancing story."

Email ThisBlogThis!Share to TwitterShare to FacebookShare to Pinterest
Labels: elaine raco chase, One Way or Another, Spicy Romance