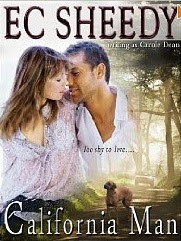 Too shy to love…

Quinn Ramsay is facing the biggest decision of his life, whether or not to sell his hugely successful sports conglomerate. His schedule has been insane for years, an endless series of trains, planes and automobiles. Even so he’s not so sure he wants to give it up. For what, he keeps asking himself. Where would he go from here? What would be his next step?

With those questions in mind, he heads to a friend’s house on Salt Spring, a small island in the Pacific Northwest that promises solitude and uninterrupted time to think and plan.

Not in his plan is meeting Emily Welland, the shy owner of the local bookstore. She intrigues him as no woman has in years—more so when he sees how determined she is to avoid him.

Emily is timid, insecure, and introspective—and she has her reasons. She’s read about Quinn Ramsay, the brilliant and handsome celebrity entrepreneur with the Midas touch, and she’s seen pictures of him in the tabloids, always with a beautiful model or actress on his arm. She knows he walks red carpets with the same ease that he hosts charity sporting events and fund raisers. His glittering California life is the polar opposite to her quiet, safe, and reclusive life on Salt Spring Island. And when he starts to show an interest in her, her initial reactions are disbelief, fear—and panic attacks. None of which she can control.

All of which makes Quinn more interested than ever.

"The slow steady, buildup of sensuality without being overly sexual made this book hard to put down." Affaire de Coeur

"An exquisitely sensitive love story featuring appealing characters with a wonderful chemistry between them." RT Magazine
Posted by Donna Fasano at 5:00 PM