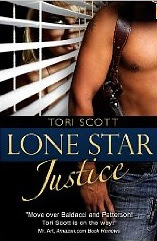 Judge Madelyn Cooper never shows signs of weakness, but when a killer threatens her daughter's life, Maddie does what any mother would do. She runs to the one place where her daughter will be safe. That place is her home town of Greendale, Texas, where everyone knows their neighbors. But do they, really?

Rand McCade is determined to keep Greendale safe. As Sheriff, he promised there would be no repeats of the horrible day when his parents were murdered. Now Maddie is back, bringing trouble with her once again. And this time, she has a daughter. His daughter.

As a psychopath sets his sights on Maddie, Rand and Maddie must figure out who is after her, and why, before someone else ends up dead.