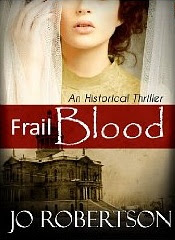 California, 1909. A woman straps a pistol to her ankle, walks to her lover’s home, and shoots him. Her motive? After an affair of four months, he jilted her for another woman.

How would an attorney defend the woman in light of her outright confession? Would an all-male jury view her actions with repulsion or pity?

The climate of California in the early twentieth century when women couldn’t vote and men held the real power, where immense wealth rested alongside poverty, held a paradox of contradictions.

The bare bones of this true California court case sparked the idea for the fictional story of Alma Bentley, attorney Malachi Rivers, and Emma Knight, the woman who helps him investigate the case.

When jaded lawyer Malachi Rivers engages newspaper editor Emma Knight to aid him in the case of Alma Bentley, he has no idea they'll eventually unmask a vile web of family deceit, wickedness, and treachery. Constantly putting herself in harm's way, the feckless Emma uncovers dark secrets that lie behind the wealthy facade of the Joseph Machado clan.

With her strong opinions, Emma tests Malachi's patience even while he's strongly attracted to her. She disagrees with every aspect of his trial strategy, but he defends his client the only way he can – by insisting that a woman, a naturally frail creature, is incapable of committing such a heinous crime.

Emma wants to experience true passion and detests the false notion that women are inferior to men in any way. Even while she confronts Malachi at every turn, she falls ridiculously in love with him.

Readers of historical fiction and mystery/suspense, as well as historical romance, will enjoy the elements at play in this slice of life, fictionalized story of California.
Posted by Donna Fasano at 5:00 PM