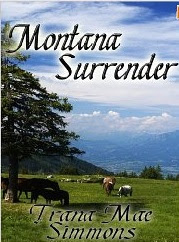 Jessica has far too many worries on her mind to be distracted by the sexy on-the-run outlaw, Storm. And Storm has no time to pursue the beauty who invades his hideout; he has to clear his name. Too many barriers stand between the two of them to ever fall in love. Or can they overcome the obstacles?
Backed into a corner after an unexpected spring blizzard decimates her already declining herd of cattle, Jessica knows she has no choice. Despite her vow to never touch the hidden gold — gold she feels is cursed — she can't meet the looming payment on the ranch she inherited from her father. There's no chance of a mortgage extension, either. The bank manager has already assured her in no uncertain terms he won't risk his bank's precious money any further on a woman running a spread. Lord, she should have spit in the manager's face, as her foreman had thought she would!
There has to be more than one rifleman in the ambush that surprises Jessica and her men. But only one paint horse and rider are silhouetted against the setting sun. And only one person — Jessica, the lone woman in the group of cowboys — sneaks out of camp that night to search for her runaway horse. She's not afraid of ghosts, like the men appear to be. It's not ghost arms that capture her on the hillside, though. Definitely not a ghost that haunts her thoughts and dreams from then on as she tries to save her ranch.

A wild and adventurous shoot-em-up ride through the Old West, filled with unexpected plot turns and an intriguing cast of unusual characters a reader will remember long after the last page has been read. A winner! ~ Michalann Perry, Zebra Books Author