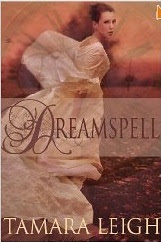 Sleep disorders specialist Kennedy Plain has been diagnosed with a fatal brain tumor. When her research subject dies after trying to convince her he has achieved dream-induced time travel and her study is shelved, she enlists herself as a subject to complete her research. But when she dreams herself into 14th-century England and falls into the hands of Fulke Wynland, a man history has condemned as a murderer, she must not only stay alive long enough to find a way to return to her own time, but prevent Fulke from murdering his young nephews. And yet, the more time she spends with the medieval warrior, the more difficult it is to believe he is capable of committing the heinous crime for which he has been reviled for 600 years.

Baron Fulke Wynland has been granted guardianship of his brother’s heirs despite suspicions that he seeks to steal their inheritance. When the king sends a mysterious woman to care for the boys, Fulke is surprised by the lady's hostility toward him--and more surprised to learn she is to be his wife. But when his nephews are abducted, the two must overcome their mutual dislike to discover the boys' fate. What Fulke never expects is to feel for this woman whose peculiar speech, behavior, and talk of dream travel could see her burned as a witch.

"Dreamspell deserves a top rating. It's a great read and further proof that Leigh is a consistently exceptional and talented writer."

"Be ready to stay up late!"

"Dreamspell is chock full of Tamara's trademark complex and fascinating characters. She has woven a captivating plot. I couldn't figure out what was going to happen next. This is one of those books that you want to start reading again as soon as you finish!"