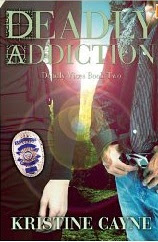 A proud people. A nation divided.

Rémi Whitedeer, police officer turned substance-abuse counselor, dreams of restoring order to his tribe. Violence and crime are rampant throughout the unpoliced Iroquois reserve, and a civil war is brewing between the Guardians, a militant traditionalist group, and other tribal factions. As the mixed-race cousin of the Guardians' leader, Rémi is caught in a no-man's land--several groups lay claim to him, but all want him to deny his white blood.

A maverick cop on an anti-drug crusade.

When she infiltrated the Vipers to take down the leader of the outlaw biker gang responsible for her brother's death, police sergeant Alyssa Morgan got her man. But her superiors think she went too far. Her disregard for protocol and her ends-justify-the-means ethics have branded her an unreliable maverick. To salvage her career, she accepts an assignment to set up a squad of native provincial officers on a reserve.

A radical sovereigntist bent on freeing a nation.

Decades of government oppression threaten the existence of the Iroquois Nation. But one man, Chaz Whitedeer, is determined to save his people no matter what the price, even if it means delving into the shadowy world of organized crime.

When Rémi and Alyssa uncover the Guardians' drug-fueled scheme to fund their fight for true autonomy--a scheme involving the Vipers--Rémi must choose between loyalty to family and tribe or his growing love for Alyssa.


Can Rémi and Alyssa leave everything behind--even their very identities--for a future together?